At the time, we did not speak of Cours Foch or even of "Cours". It was the "Cous" which in 1881 became the location of the school. 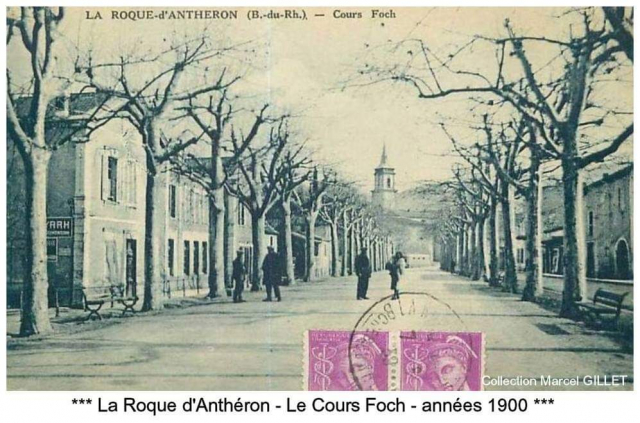 There were then two classes for boys and two for girls clearly distinguished as well as a children's class. Compare the photo and the reality: the fountain has been moved! Indeed, during the 20th century it was destroyed and a new fountain was built a little further on the place.

Since 1900, the school has been in the same building. However, over the years, a major change has been made to this building. The Victor-Hugo school was raised by one floor in the early 1950s.