Clémenceau street, in the heart of the village

The Rue Clémenceau was a main shopping street. 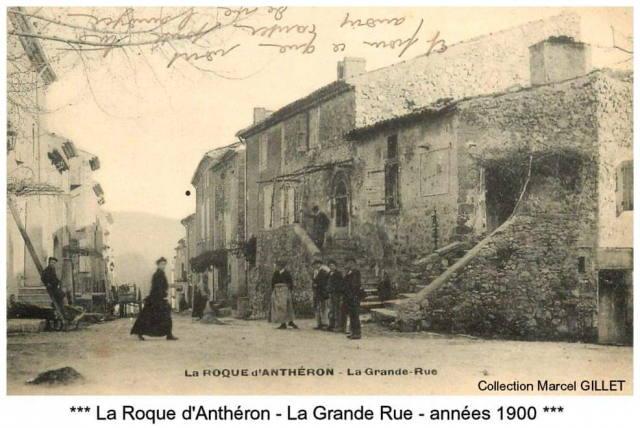 It was called "the main street" because it started from the castle and joined the town hall. Note that the stairs leading to shops today have remained where they were a century ago!

During the popular celebrations of 14 July (French National Day), on the Place de la République was organised a greasy pole, named "mât de cocagne" which was planted in the ground and topped by a hoop from which "prizes" were hung : hams and other rewards for those who managed to reach the top. But to make matters worse, the mat was coated with black soap or grease !