Cours Foch et place Palmie Dolmetta
Relive the old cherry market at a top Provençal festival and take a bite out of this legendary vitamin-packed fruit. 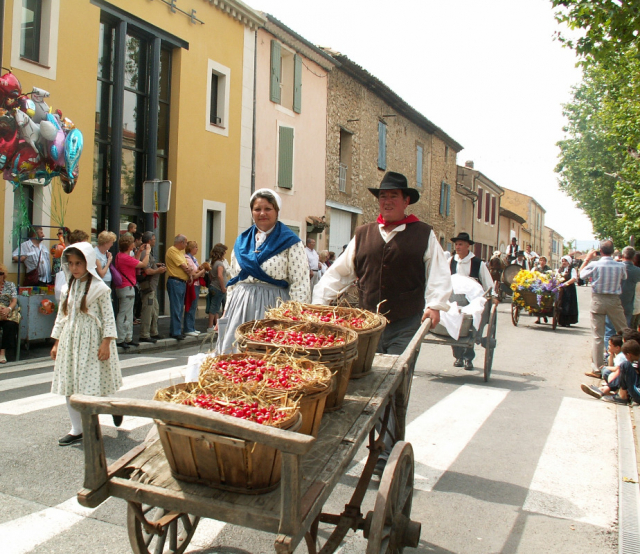 The La Roque d’Anthéron cherry market was once one of the region's most famous. "Life is a bowl of cherries…".

The village was mainly agricultural until after World War Two and cherries were one of the main products. Cherry trees stretched as far as the eye could see in the Durance plain: Hundreds of tons of Burlat, Montmorency, Queen Hortense, Marmotte, Tonkinoise, Cœur de Bœuf and Cœur de Pigeon for eating and others like sour cherries or Royal Anne, for confectionery, were picked every year.

The market was traditionally held on Cours Foch. Producers came to sell their harvest to traders from Apt (the capital of candied fruit).

The Les Minots Association work to revive age-old countryside events and have been bringing the market's aromatic and colourful atmosphere back to life for one day since 1997 with the Cherry Festival.

The cherry on the cake… during this day of celebration, a rustic meal is served on Place Palmie Dolmetta: a tastebud-tingling pistou soup made by a local caterer. A real treat...
Book your meal at Tourist Information.